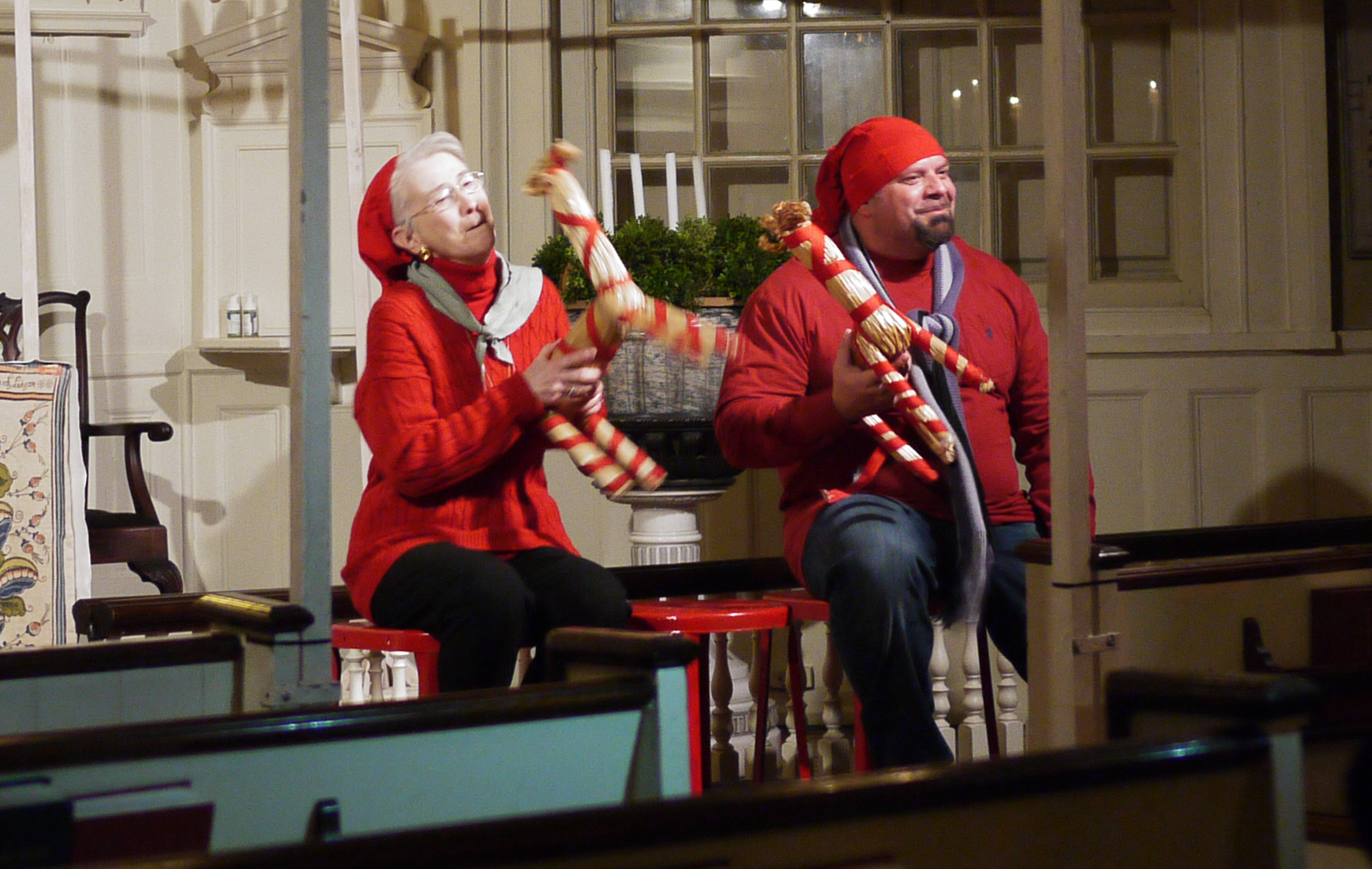 This free exhibit is hosted inside the Gloria Dei Church’s Sanctuary, Columbus Blvd. and Christian St.  It is open to the public Tuesday through Sunday, 9 am to 4 pm.  The exhibit closes on September 30, 2019.

The Legend of Lucia

Saint Lucia was a Roman Christian martyr who died in 304 during the Diocletianic Persecution. This is her life story (dates are approximate).

The Veneration of Lucia

After her death, Lucia’s story quickly spread. She was depicted in a number of paintings, appeared as a fictional character in literature, and had a number of church buildings erected in her honor. Here are a few examples:

Lorenzo Lotto, an Italian painter and illustrator, paints Lucy Before the Judge between 1523–32.

Lucia appears in Dante’s Inferno as a messenger from “The Blessed Dame” who helps send Virgil to Dante’s aid.

The Celebration of Lucia

Lucia’s story has inspired a number of traditions throughout the world. In Scandinavian countries, where winters are long and dark, Lucia serves as a bearer of light during the winter solstice. At Gloria Dei in Philadelphia, young men and women of the congregation pay homage to Lucia’s fabled trip to the catacombs. Small children are dressed as either ‘Stjärngossar’ (star boys) or girls (tärnor’) – like Lucia but without the candles. The heart of the celebration is Lucia herself, a young woman in white, wearing an evergreen wreath with seven candles on her head. All the participants sing songs in Swedish culminating with “Sankta Lucia.”

This beloved event has been going strong for over 80 years. Here are a few images from recent presentations: